By doing research you can find the real truth about Michael Jackson.
The old saying "Never let the truth get in the way of a story" was never so relevant as it was with regard to reporting on Michael Jackson.
In fact, even to this day, without any evidence, and without Michael here to defend himself, the same media still bring up the same old rehashed garbage.
Throughout Michaels' life, he was bullied by a relentless media, who crucified him publicly for money or ratings.
So much so, that many gullible people are still brainwashed to this day.
This section deals with facts or witnesses to the truth.

A Witness To Extortion...

Geraldine Hughes is the former legal secretary to Attorney Barry Rothman, who was Evan Chandler's lawyer at the time of the 1993 allegations against Michael Jackson. Currently, Geraldine is both an author and a missionary. This interview is a must read for everybody. Especially those who have always wondered what was behind the 1993 allegations against Michael Jackson.

"God gave Michael Jackson what he didn't give the little boy, a witness who can attest to his innocence."
Geraldine Hughes from her book "Redemption"

If you've ever wondered, why did Michael Jackson pay his accusor's father a settlement if he was innocent? What really happened? This interview is for you!
Please read the full Interview here: http://www.reflectionsonthedance.com/Interview-with-Geraldine-Hughes.html 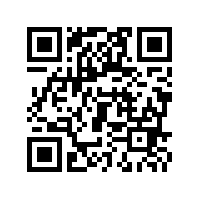