To know Michael you only have to listen to everything he said, sung and demonstrated in his life. I have watched every interview I can find, every message is the same, it is from God through Michael. He was a living Angel. It is a shame that people whose hearts are filled with hate cannot see this. There is a very old saying "God speaks to us in mysterious ways". God was and is still speaking to us through Michael Jackson. The truth will eventually win :) LOVE.

Do your research if you want the truth.....

Some people who say they do not like Michael Jackson, do not know why.

So I say was it his music you do not like? they say no, I liked his music.

Was it Michael's appearance? They say no, not really.

So I ask when did you meet Michael? They say they never did.

Then they mention the allegations, I say but Michael was found innocent of all charges. I say the FBI investigated Michael for 17 years and found absolutely nothing.

Do your research if you want the truth.....

Published: 11 August 2009 | Written by Tube4MJ | Print
Tube4MJ is dedicated to honoring one the greatest humanitarians, ambassador for our planet, and entertainers of our time, Michael Jackson.

So why Tube For MJ?

I have been a lifelong Fan of Michael Jackson. After Michael passed away in 2009, I started to Favourite many Youtube videos and started my own Youtube Channel Tube4MJ.
So the "Tube" is an abbreviation for Youtube, and of course it is mostly about everything related to Michael Jackson., hense Tube4MJ.

I know there are a lot of websites out there paying tribute to Michael, however I just wanted to share, some information I have found.
Some of the site is just about my thoughts, feelings at the time.
Interviews that have moved me, songs and Michael's messages which have inspired me.

My love for Michael Jackson has taken me all over the world, to places I never even thought I would be able to visit.
I have met so many wonderful people, all because of Michael. 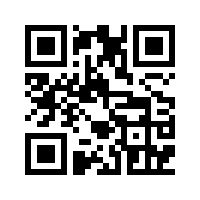