Sometimes I come across beautiful tributes for Michael,
if you have a tribute you would like to share please send it to me and I will include it here...

Published: 14 April 2014 | Written by Tube4MJ | Print
As we stumble toward our 5th year without Michael, I find myself researching all over again, not that I have ever stopped.
I have read many, many articles, blogs, watched many videos, had many discussions since Michael's passing.
However, browsing through my Bookmarks/Favorites, there are tributes from people who knew or worked with Michael, I would like to share.
I will be adding to this page as time permits.

BY CHRIS YANDEK · JULY 8, 2009
Chris Yandek writes an interesting article on Michael's contribution to the music industry, and his interview with Cory Rooney and Chris Apostle.
You can read and also listen to the interview at: http://www.cyinterview.com/2009/07/industry-bigs-music-michael/

All throughout history there have been people who have made a profound impact on the world. Michael Jackson is one person, who despite his controversial life, and whether you love him or hate him, will leave a lasting impact on those he helped and inspired.

He will be remembered for his giving to those less fortunate, the sick, homeless and uneducated.

He will be remembered for his environmental fight for the earth, his giving in times of natural disaster.

He will be remembered for his love of our future, the children of this earth.

Michael Jackson as this video says, was the complete package. The King of Hearts in many nations around the globe.

A person able to speak with any leader of any country and give to their hospitals, orphanages and schools.

A person who used his wealth to help others.

His legacy will live on long after all the lies and accusations he had to suffer.

He is and always will be the King of Pop and a great entertainer.

I cannot think of anyone else in the last 50 years who has made such an impact.

Michael Jackson was sent by God to teach us what it is to be human.

We must spread this message through all social sites. The Medialoids will not do this for us, so we must do it. For Michael and all that he means to us.
Michael was touched by God and persecuted by Man but honored by Us, his fans. aug. 29th lets make this video a trending topic on twitter tell? all fans!!!

THis is my new tribute no like other, to remember the king of pop.i made it with all my heart. i hope you enjoy it. Michael Jackson born in August 1958 ,he was an international superstar, and many in the black community herald him for breaking down racial barriers in th...e music industry. He made culture accept a person of color, way before Barack Obama Michael did with music what they later did in sports and in politics and in television. And no controversy will erase the historic impact Jackson continued as a pioneer in the black culture when he broke barriers by appearing on MTV, and by breaking sales records with the 1982 album, "Thriller. The world was impressed by Michael Jackson not only for his works in Music but also for his charity and social work activities what he was doing around the world.

"Perhaps it is some people are not determined too long to be here with us on Earth.
Maybe some are just passing through,
or they simply live their lives more quickly than the rest of us,
they do not need one hundred years to stay down here,
to get everything done,
... they make it in no time.


Some people come into our lives by only briefly,
to bring us something, a gift,
a helpa lesson that we need right now,
anything and that is why they come to us
... only one jump, so to speak.


He has taught you something about love, about giving,
how someone can be important,
... that was a gift for you.


He taught you everything and then he's gone again.
Maybe he did not stay longer for he has given his gift
and then he was free to travel further ...

... because he was a very special soul,
... but the gift to you stays forever.

"
We miss you so much Michael ♥ 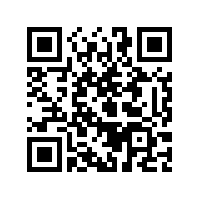